1: The Magician & the Majesty 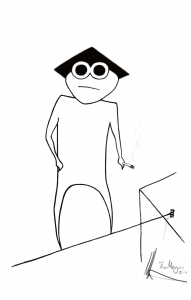 The will & the pure unconscious

The absolute clarity of seeing one’s own will in action, there is no room for misinterpretation of one’s self.

The soul crushing affect of seeing the scope of the self

For the magician to learn how to use the elemental aspects of understanding the various parts of the self, they have to see the self in a clear, honest light. This can lead to a sense of fragmentation, but more a case of losing attachment to previous memories that have encased a pathway of understanding.

The phantoms of the past literally stand before us, able to hurt us in personal ways through our own experiences.

All of this warding the traveller away from the natural state of being contained by the Fool.

The Magician and Fool go hand in hand.  You need the Fool for the risk-taking and expansion into new modes of experience, and the Magician to build new constructs about how to live in accordance with your experiences of life and its weird ways.

The two cards are almost alike.  The Magician waits and uses reason and logic.  If a person focuses solely on the Magician then they end up ruled only by law and order, reason and logic, and no acceptance of the Fool’s crazy notions.  The Magician is mindful, but there’s also a thin line. Beth is the Hebrew letter associated with this pathway, which means ‘House’ —  the person may end up refusing to come out of the ‘house’ to play like a child in the world.

The Magician is high up on the left hand part of the The of Life, and is the pure nature of the ‘Law’ that rules life.  You’ll sometimes hear of the ‘left hand’ path being classed as ‘evil’; The left hand side of the Tree of Life contains the strict influences and states, typically branded as ‘Evil’, but which can also be seen as ‘strict’ or ‘strong’; The left hand side is a belief in a law that governs all.  The Magician can see that once you have that domain of self-control,  you could abuse that power and take advantage of the Fool’s nature with the sternness of law and structure.  Anyone working those higher paths had better be well protected, and ready for vicious inner molestation from all your dark quarters.  Self-analysis is here, and it can be ruthless (it’s on the left hand side of the Tree of Life where there is no mercy).  So the Magician keeps a balance, and uses that self-analysis to understand the operation of the inner elements.  The trouble is that he’s very high up on the tree, and it hurts like hell when you fall from that height.

I worked these paths (stupidly) when I was much younger, and all I can say is that my mental and emotional states were smashed to pieces, and it took me about ten years to recover my mind.  There’s a great term called ‘discombobulation’ — imagine your self-image in a mirror and then smash it. Now you are only able to view yourself in small fragments, and are unable to develop a full picture of what is going on… very, very messy.  Life doesn’t like Fools jumping around on the left hand path — it really doesn’t.

This destruction and change is all part of the process and maybe we can see the Magician and the Fool in the same light,  where the Magician thinks he knows best and the Fool thinks very little, but both fail to create new forms.

In some Tarot circles the Fool and the Magician are two parts of the human operational psyche at its base.  The other Majors are life events and roles we may take on, but this original pair is at the core of our consciousness.

Here we see someone who is trained and able to stand on the head of a pin and to juggle many topics in their mind. The training is both a complete knowledge of something, and it is a state of mind.  A person in an optimal state is one who is receptive and dynamic, meaning they are ready to accept differences and challenges to their existing mind-set.

This card has two sides to it in a reading.  If supported by a history of hard work and surrounded by positive cards, then it’s showing an organised mind-set. If surrounded by dysfunction, then it’s a sign of a mental framework based on illusion or disinformation.

Let’s go over the workings of a healthy outlook.

A person has different areas of experience of their internal life.  Some people are able to delineate those functions into the elements that have made their way through the Western tradition.  Those elements are Air, Water, Earth and Fire — in other cultures they have different associations, so be aware that there are different methods of interpretation.  The elements can be used to describe anything anywhere, but we are only interested in the human internal attributions.

The Magician is ‘Air’, so why am I dragging all the elements into this discussion? Because he needs all four to operate (he has all four elements depicted in front of him on some decks). He needs clear and rational thought (Air), calm emotions (Water), he must be open to the divine inspiration (Fire), and have a healthy life (Earth).

To get there is a long process through the majors in the Tarot, and we will pass over the process briefly.  If you make your life as ‘clean’ as possible, keep on top of your physical business, treat the world as best as you can, and look after your environment, you will be affecting the ‘Disks/Material plane’. This in turn affects your emotions and feelings, which keeps your mind free from worry, and allows space and time for the divine/inspiration to express itself.  Sounds very short and simple when it’s not; this process is ongoing and presents challenges at every turn.

Beth is the Hebrew letter attributed to this path.  There are many different ways of understanding these meanings, but mine was simply ‘the house that contains’.  The containment part keeps a sense of order or shape (shape can also be understood as ‘form’).  So a ruleset is applied and will restrict the situation.

We’re looking at Binah for the eventual ‘state’ of the path of the Magician.  Binah (like all the other spheres) has a billion spurious references to it that come from many different ways of looking at the masses of esoteric information out there.  I’ll pluck out a few nuggets of information for us to consider.

The planet it is associated with is Saturn.   The early astronomers must have shuddered when seeing Saturn originally (through a small telescope it looks like a radiant eye staring back). The paths around Binah are all pretty dark in their own ways; there’s sacrifice, guilt, supreme challenges, and possible annihilation.  Saturn is a dark teacher, and gives us two further clues with its rings and the raw element of Water being present.

The rings we can take literally as ‘things we repeat’, and the Water as ‘the deepest emotion’. Add those together and we have ‘issues’.  Binah will reveal all the dirt to the magician, and likewise your efforts to clear your own waters will lead to advanced forms of the Magicians’ mentality.  There’s a two way process at work;  you have to aim to clear out your emotional dirt, or at least understand it, to be able to go deeper into your own psyche, or you’ll face some huge problems gnawing at your heels during meditations.  The big secret of magic is here, and you can claim it by being naked internally and unafraid of ANYTHING that arises in the mind.  Each person gets a baptism of stains, guilt, and problems, and it’s your responsibility to break those mental habits.

The ruling planet for the Magician is Mercury.  Talk, write, and break through writer’s block in any way you can.  You need to be able to express yourself clearly and to study your reflection in your feelings with unerring accuracy — be it in painting, poetry, art, music, or philosophic notes. Get it out and be as honest as possible.

By cleaning up your mind and emotions you will also start to affect other people.  You’ll find that you’ll have a better view of interpersonal relationships, and will be able to detect subtle changes in body language, tone of voice, and to tell more about a person by what they don’t say.  People will start to think you’re psychic when all you are is in tune with yourself, and able to tell the difference when someone isn’t balanced mentally, or emotionally.